This video depicts the hidden social issues of feminism and racism in this modern society. The title Renaissance 2016 symbolizes the contemporary version of Renaissance, which was a moment of the rise of the modernity after the middle age. In this sense, Renaissance can be seen as the moment of the industrial revolution after the depression, and today, the moment of “Renaissance” would appear in this unstable moment where the world-wide terrorism are going on. 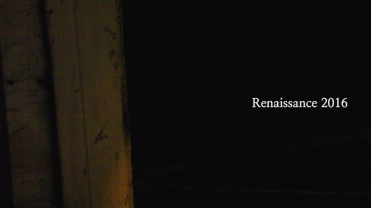 The story of the video goes on with each chapter starting with letters, which are appeared by characters pressing switch-buttons in this video. The 5 letters in total create a word TOAST at the end. The two characters in the video wear KKK masks and Renaissance dress, implying their identities and thoughts. It shows the concept and spirituality of white-supremacy in this modern society, and it also suggests the invisible racism still exists. The two females symbolize the feminine envy and conflicts towards the limitation and lamentation of being female appeared as an aggressive form of KKK. In this sense, KKK becomes not only as a symbol of racism but also dictatorship towards something that you exercise and force your prejudice or visions on others you don’t approve. 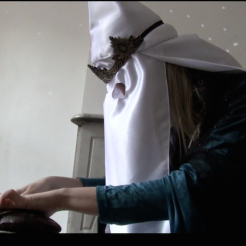 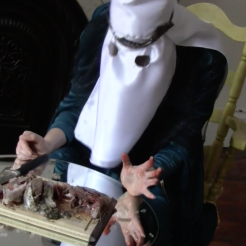 The whole scenario goes with surrealistic, uncanny and schizophrenic effects in a stage of a modern house. The conversation between two characters in the masks and individual activity scenes go with mixture of delusional scenes of pressing and playing with LED light board like a modern DJ; in the end, they find something invisible is dead. This work shows insanity and frustration induced by own identical conflict and prejudice. Perhaps the modern racism and gender issues are formed in more personal perspectives with their own problems and complex. 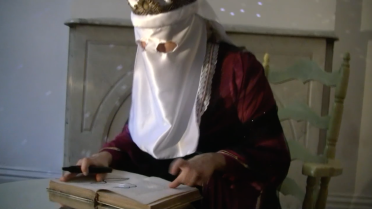 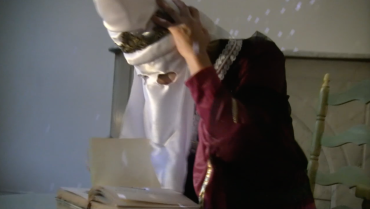