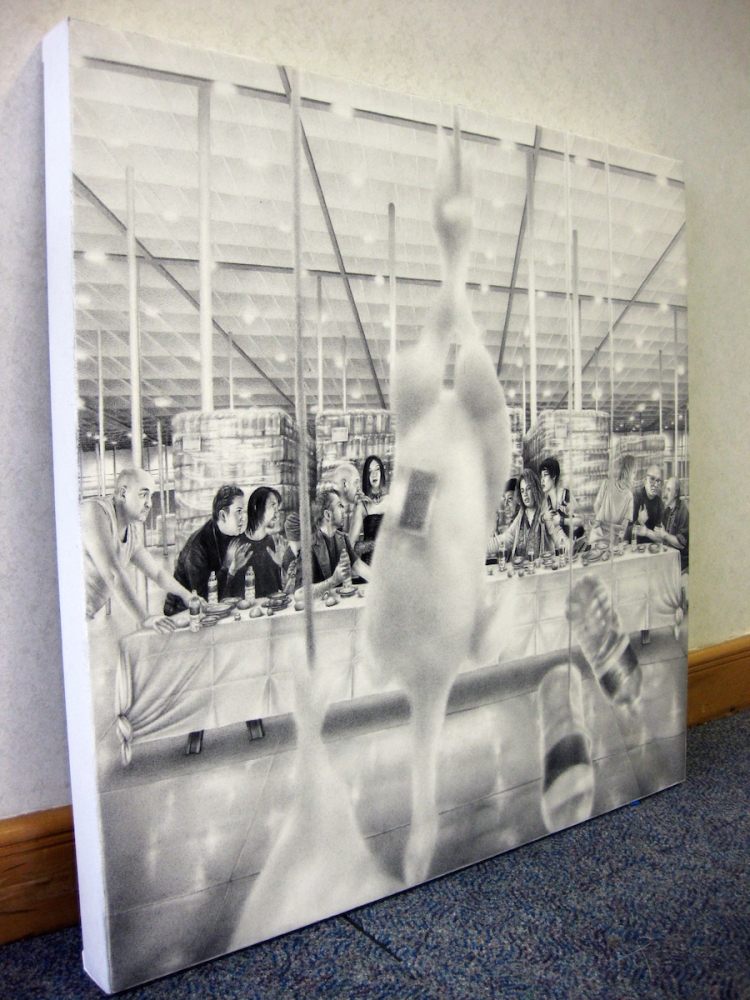 This work was made for the water crisis in Flint, Michigan. The whole picture mimics Leonardo Davinci’s painting “Last Supper” with a background stage of a huge warehouse/storage of water bottles in Flint. The characters of the disciples are actual people reside in Flint; I asked each one of them to pose as the disciples each, then took pictures of them and placed them altogether on the same picture surface. In front of the diner table is three hanged chickens in blurry figures, hiding the Christ’s position. The water issue was caused by the mistakes of processing laws by the governors, not the responsibilities of citizens living in the town; in this way, residents of the town are victims of the government politics like animals slaughtered for the political policies. The characters are having a meeting for the water crisis – one is surprised, one is suspicious and one is in anger. There is no Christ in this, but everyone else are all in his position of betrayal.

For making this piece of work, there are two first challenges; to use actual models and to apply the camera focus technique. The blurred chickens in front implies the camera focus – when taking pictures, it focuses on the backside and other parts become blurry. I wanted to try the technique into a drawing, and it creates camera-taken or abstract-like images.