In Selected Poems, it is about the attempt and ideality to make a utopian world in this mesmerized society where things are easily broadcasted. There is a notion of confused reality and fiction in this video; the reality seems delusion and the fiction seems reality as if it is a drama or film on TV screen. Television provides many numbers of imaginative worlds to entertain people as many as numbers of channels and shows are on, which reflects desires, demands and fantasy of people. I read texts and theories about Utopianism from Thomas More, Howard P. Segal, Ruth Levitas and ancient descriptions in this video while drawing a frame or structure of the golden labyrinth on the wall with chacoal – an imaginative utopian city or a representation of one’s life. While the line of splay paint goes through the maze, which was drawn by myself earlier in this video, an online bible radio turns on. 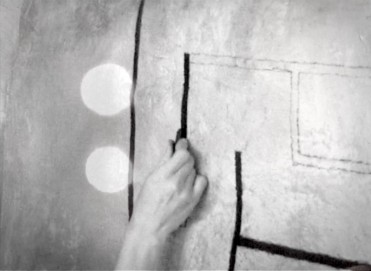 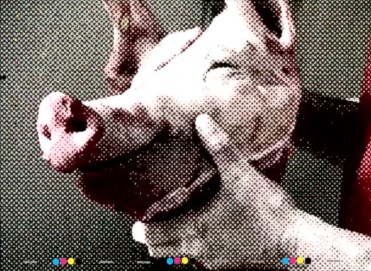 What is “ideality”? The notion of politics and the bible, of which thoughts can be commercialized with less-respect of words. To think about broadcast as a tool that makes cultural prolusion or that becomes culture, the boarder between own personal reality and ideality are sometimes obscured. Sometimes it is manipulative that can inform distorted dreams into reality. To create own Utopia, what would you in mind?

This video was made as a part of performance on Mural2 in the installation The Shepherd’s House.